When Bodolf was young, he loved Kiki, but they could not do anything with their love. Bodolf was "The Alpha Werewolf". In Season 1, he is the Alpha of the Southern Wolf Tribe. He was also very sick at one point and was nursed back to health by Kiki. He also has a son named Lowell.

In Season 2 Episode 18, Aphmau along with others learned news of Bodolf's death.

Bodolf has red eyes, brown fur, lighter in some places then others, sharp white teeth and claws. He is massive, along with the other werewolves in his tribe.

Bodolf is incredibly nice, but can be stern. 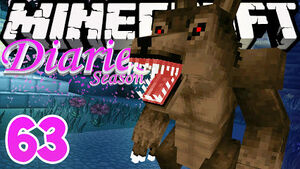 Retrieved from "https://aphmau.fandom.com/wiki/Bodolf?oldid=157623"
Community content is available under CC-BY-SA unless otherwise noted.