Start a Wiki
Ivan is a character who appears as the main antagonist in MyStreet: Lover's Lane & a supporting character in Phoenix Drop High Season 2.

Some time before his junior year of high school, he attended a summer camp revolving around witchcraft, which is where he and Lucinda met.

In PDH Season 2, he's mainly known only as Lucinda's boyfriend. They have a seemingly healthy relationship and not much else is known about him. His only two appearances are with her, both of them very friendly and flirty with each other.

At some point before MyStreet Season 1, he and Lucinda lived together after having already broken up once before, because he didn't pay attention to her feelings. The second time they broke up was because of an argument that escalated from Ivan watching the next season of a show without her. After this, she moved out and Ivan isn't mentioned again.

By the time he returns in Lover's Lane, he's changed drastically and shows up to Lucinda's Halloween party uninvited and unexpected. He refuses to leave and it leads to a short confrontation with Lucinda, where Lucinda confirms she found him kissing another girl. He doesn't leave her be until Laurance steps in to help Lucinda out.

He's next seen being confronted by Laurance, again asking him to leave, to which he refuses. Garroth, Travis and Dante soon join him, Ivan taking the opportunity to mess with someone at the party by proposing a scaring contest. He agrees to leave if the four boys can make a random party-goer more scared than he can and picks Aphmau.

He appears behind Aphmau to scare her, succeeding and running off after she yells. When Laurance wins by telling Aphmau that Aaron wants to break up with her, Ivan gets incredibly frustrated with his loss and promises that he'll get back at them before the night is over.

As revenge for getting kicked out after the contest, he throws a potion and turns those in front of him into babies before insulting them and running off again.

In "Cooking for Aaron!" he appears again, wandering around town and causing people to have bad luck after passing by symbols of it, like walking under a ladder, or seeing a black cat. He sees Gene and Aphmau talking together, watching them joke back and forth as he becomes interested in how Gene sees her.

He comes up behind Gene, confronting him and insisting he has feelings for Aphmau. They have a short back-and-forth and Ivan continues to pester Gene despite his obvious dislike for Ivan, until Gene walks away in annoyance. Afterwards, when insulted by a stranger, he walks up and steals her baby's candy right from his hand in frustration.

In "Cat Ear Day!", Damien is serving tables at the maid cafe when he sees Ivan has taken a table and they talk about how they supposedly used to be friends and Ivan insists they were despite Damien recalling that Ivan wasn't very nice to him.

In "Zane the YouTube Star", Ivan comes into the maid cafe again and tries to sit next to Lucinda. She refuses and he tries to talk to her, apologizing for what he did and said in the past. Lucinda brushes him off and tells him to leave, to which he complies, walking off to his own seat. Gene serves him his order, Ivan again insisting that Gene has feelings for Aphmau, noting how Aaron and Zane seem to share them. Lucinda insults him mid-conversation and Gene leaves the table.

In "The Break-Up", he calls Lucinda via the number he found on her shop's business card. Before she hangs up on him, he reiterates that he wants to make up with her, trying to get her to give him another chance. After telling him off and saying she gave him too many chances, Lucinda tells him to talk business or she'll hang up the call. Ivan orders cat potions for a prank, dismayed to find out it'll be delivered to him instead of him being able to go to the shop and pick them up from Lucinda. After the call ends, he gets even more upset and decides to pull a prank to cheer himself up.

Later in the episode, he is shown planning to release cats all over inside the maid cafe using his new cat potions. It results in the cats causing a fire inside the cafe and whether or not this was intentional is unknown.

In "Shadow Knights Cause Trouble", he's tagged the entire street with a poorly done Shadow Knights logo to frame them. He's caught by Laurance and Aphmau while tagging a tree, Gene running into him and knocking him over. He distracts the three before running off, insulting them again beforehand.

He has dark brown hair, red eyes and pale skin.

In Lover's Lane, he wears a white shirt underneath a short-sleeved black jacket, with red symbols on both the torso and back.

During high school, he was a nice guy, especially towards Lucinda. The two flirted back and forth and had a healthy relationship. Unknown reasons caused a personality shift sometime between high school and Lover's Lane, possibly one of his break ups with Lucinda.

Whenever he sees or hears about Lucinda, he expresses a desire to get back into a relationship with her, but is constantly denied because he can't change his ways. He even goes as far as to call her directly for a chance to win her over.

Ivan's main hobby is playing pranks on people, both for his own amusement and for revenge purposes. Despite seemingly taking joy in the aftermath of his pranks, he runs away every single time to avoid consequence. He mainly uses potions for his pranks, such as turning Aphmau and her friends into babies and causing Aphmau and Zane to switch bodies. He also likes to scare people, hence why he proposed a competition to see who could scare Aphmau the most.

His pranks, however, can reach levels comparable to that of a criminal. Whether intentional or not, his cat potion prank on the maid cafe caused a fire and moderate property damage. It ultimately caused Aaron to be blamed for it and for him to break up with Aphmau. Another prank of his that'd be considered a crime would be him vandalizing the entire street just to cruelly prank the Shadow Knights. If it weren't for Laurance and Aphmau working together to catch him in the act, the Shadow Knights' already shaky reputation would've been completely tarnished.

He can also be considered the type of villain that doesn't keep their end of the deal. After losing a competition to scare Aphmau, instead of leaving like he promised, he instead came back and let out his frustration by turning everyone into babies. He's stubborn and seems to get frustrated very easily. 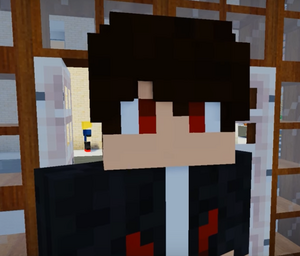 Retrieved from "https://aphmau.fandom.com/wiki/Ivan_(MyStreet)?oldid=151006"
Community content is available under CC-BY-SA unless otherwise noted.