Jeffory was one of the members of the Jury of Nine and is known as Jeffory the Golden Heart, and carries around gold weapons. Jeffory first met Aphmau in a tavern in Pikoro Village. It was there we learned Jeffory has a daughter named Abby. Jeffory had a wife but he claimed that she passed away giving birth to Abby. Jeffory was known as 'Jeffory the Golden Heart' of the Jury of Nine.

In Episode 74, Season One, Jeffory finds Aphmau in the sewers underneath the well and lets her take the two lords that were held in the sewer to be killed. Sadly, Jeffory was later killed by Zane for treason of allowing Aphmau to leave with the captured lords. It is unknown to him that Katelyn has a crush on him. Jeffory was also used against Katelyn by the imps by the "Demon Warlock" who live in the "Enki Tribe". Jeffory has most likely visited the "Enki Tribe" because imps can only take form of people they've seen. The imp's illusion makes Katelyn become weak and is she was taken down easily. He may have died in the main series, but MyStreet is an alternate universe and he is still alive there.

Jeffory has pale green eyes, soft dark brown hair with a cowlick and wears a Jury of Nine uniform with malachite green sections and black gloves.

Jeffory is very caring and nice. He is also very friendly and family orientated. He does seem to have a slight flirty side and is outgoing with new people. He also follows orders well even is people think they were betrayed. 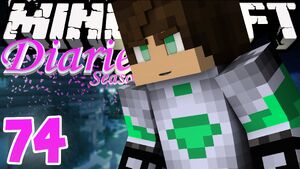 Retrieved from "https://aphmau.fandom.com/wiki/Jeffory?oldid=148348"
Community content is available under CC-BY-SA unless otherwise noted.