John is first seen in Season 1, Episode 15. He is the son of Visher and Merida. He lives in Bright Port. When he grew up, he became very tall. When he was younger he was dedicated to becoming a guard.

He is seen again in Season 2, Episode 36. He is now the new lord of Bright Port.

He has blonde hair and green eyes. In Season 1 he wears a blue jacket over a black shirt, a brown belt with a silver buckle, black pants and brown shoes. As a child, he was cute.

John is adventurous and kind, but his mom Merida is strict and mad at Aphmau. 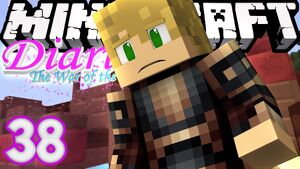 Retrieved from "https://aphmau.fandom.com/wiki/John?oldid=154490"
Community content is available under CC-BY-SA unless otherwise noted.