Meowki II was Aphmau's second cat, even more annoying than Meowki I. For some reason, Meowki II cloned herself and for a while there were two Meowkis (don't over think it). Eventually, they both got lost in the town and kind of ran around or died. Aphmau didn't seem to be distraught and neither were the fans.

Annoying with the constant getting stuck in trees and meowing. Very feisty, always was beating up Aphmau and was always hungry. 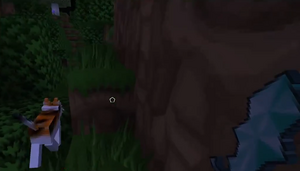 Retrieved from "https://aphmau.fandom.com/wiki/Meowki_II?oldid=128711"
Community content is available under CC-BY-SA unless otherwise noted.