The series contains characters from many of Aphmau's Roleplay series. It is set in a modern world in an alternate universe. The story follows Aphmau as she, Katelyn and Kawaii~Chan settle in their new home where their adventures begin. Living across from the girls are Dante, Garroth and Laurance, who followed Aphmau to get close to her. Adding into the chaos, it's revealed that Zane and Aaron also live in the same neighborhood. Later on, Travis moves in with Dante, Garroth and Laurance. Vylad temporarily moves in at Aphmau's home due to not securing an apartment at the time.

Several characters have appeared that are from other series. For example, McCloud and Krystal are from Minecraft Isles. Reese, Mr. Manly, Megan, Marsh are native to Mod Mod World. Megan also appeared in Minecraft Kindergarten.

MyStreet episodes are released on a two-six day schedule. 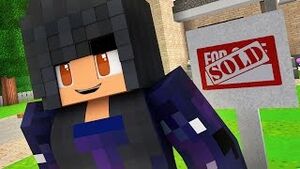 Retrieved from "https://aphmau.fandom.com/wiki/MyStreet_Season_1?oldid=149732"
Community content is available under CC-BY-SA unless otherwise noted.