Start a Wiki
The fifth season of MyStreet, fully titled as MyStreet: Starlight[1], was announced on May 11th, 2017, alongside a five-part documentary of Aphmau's year, following the finale of the fourth season.[2]

The season premiered on June 10th, following the finale of the five-part Aphmau series, documenting a year after the events of MyStreet: Emerald Secret.

Just like Seasons 1, 2, and 3, Starlight is more cheerful and everyday-style with more relationship building between characters and little drama, however when there is drama, it is usually very serious and involves the tragedy at the lodge during Season 4 that the main characters are recovering from. The drama also mention Aphmau and Aaron's relationship being complicated due to their species and the secret behind characters' families, as well as their fathers' Montague and Capulet-like relationship. Then, during the last three episodes, the series becomes a lot more serious as each episode acts as a prologue to the tragic drama of Season 6.

According to Jason, Season 5 is only a "build-up season" for Season 6 by gradually adding plot elements to the usual everyday, character development episodes.

The season has been in development since April 29th, 2017. Jason posted a new Minecraft series build project on Twitter, and captioning it as "the biggest one yet."[3]

On Instagram, Jason posted a picture of the peninsula of an island, in which areas are marked with trees, waterfalls, overwater bungalows and more.[4]

He confirmed the builds were for this season on Twitter and will begin airing early next month, in June.[5] Following the announcement, Jason also responded to a few of the viewers on Twitter. The season will have some story developments, but it will mostly focus on the characters. One of the most interesting is of him confirming for MyStreet to continue past fifth season. He then confirms that the sixth season will be more like MyStreet: Emerald Secret.[6]

On Instagram, Jason uploaded a new photo with the island that is more detailed and is 1/8th completed.[7]

On June 10th, 2017, Jason confirms the first episode to air on this day, with the production team working on it the whole week, and a picture of an area of Starlight.[10] On the same day prior to the premiere, Jason also posted a photo on Instagram of the season's title card.[11]

In the finale, an end credits was shown crediting the official main and supporting cast. This is reflected on the character list: 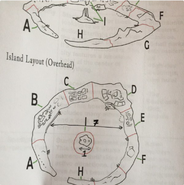 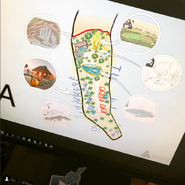 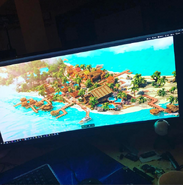 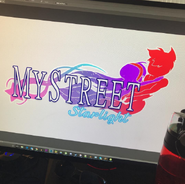 Prod 5 - New Area
Add a photo to this gallery